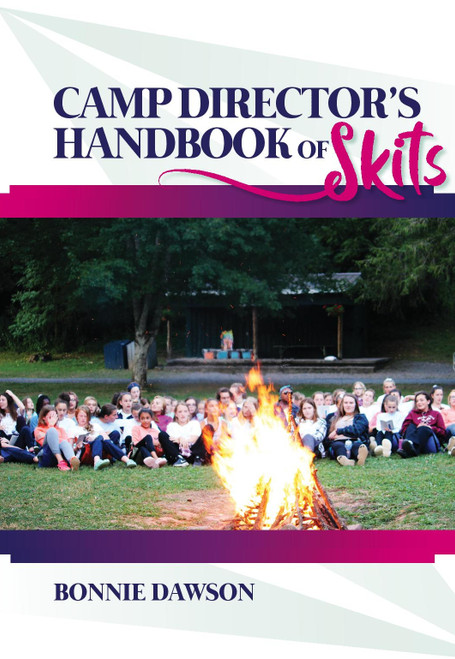 There are certain truisms about all traditional camps. Regardless of whether your camp is a day camp or residential, if it operates for one week, two weeks, eight weeks, or year-round, at some point during a session there will be a campfire, and all campfires will have a skit, and that skit will have a theme.

A skit is a short, informal, often humorous story designed to be performed in any setting. Unlike a play with rehearsals, character development, plot twists, and formal sets, as well as costuming, a skit needs little rehearsal, relies on ad-libbing, little if any set, and simple costumes.

Skit themes can range from serious to silly and every degree in between. In my experience, however, the sillier, the better. Over all the years that I have been involved in our summer camp, I have heard others in the business complain about writing skits or coming up with ideas. This was a surprise to me, because I’ve always thought of camp directors and counselors as very creative people, and they are. But the longer I worked for our camp, I realized that no matter how clever a counselor may be, they may simply not have the time to create a suitable skit. Also, counselors don’t have much free time to rehearse, etc. On the other hand, I find writing such skits very easy and quite enjoyable to do.

The purpose of this book is to give the reader a jumping off point to make producing campfire skits for their camp’s setting simpler. As a base for the skits included, I have used fairy tales, nursery rhymes, even old western television shows, and at times, my own imagination. They are written as readers theatre, in which one person reads the story, and the counselors pantomime the actions. In a few cases, campers are involved. And, because of the nature of our camp, even “old codgers” like my husband and me are also included.

Only a couple of rehearsals are needed; simple costuming and sets will more than suffice. Let me give one example: There are three skits in this book with a western theme. Straw cowboy hats, bandanas, ribbon for “string” ties, aprons, and maybe a long skirt or two worn over their own clothes are all that is needed. For the “set,” we use chairs and tables with signs indicating “store” or “bank” or “sheriff’s office,” etc. The campers fill in what’s “missing” with their imaginations. And they do not seem to see anything is “missing.”

It is my hope that you will find this book helpful in your efforts to make the summer camp experience meaningful for all.

Crisis Communications Weathering the Storm: A Handbook for Camps and Other Youth Programs

The Spirit of Camp: A Comprehensive Collection of Writings, Poems, Skits, Lyrics and Activities to Enhance Spiritual Programs for Resident Camping

101 Ways to Teach Leadership and Teamwork

Leadership and Environmental Stewardship: A Curriculum for Camps and Other Youth Programs

Crisis Communications Weathering the Storm: A Handbook for Camps and Other Youth Programs