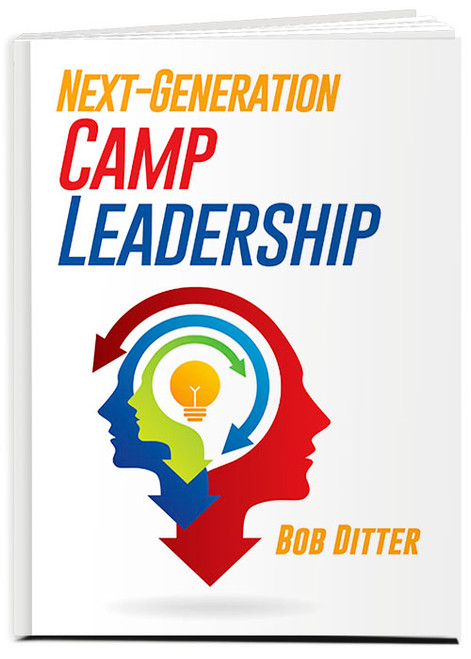 This greatly enhanced version of Bob Ditter's earlier book, In the Trenches, contains a wealth of wisdom for camp administrators and solid practical advice for many of the challenges they face.
Leadership today is as much about the people who are following, as it is about the people doing the leading. While camps have often been places that are as dedicated to the development of their staffs, as much as they have been to the development of their campers, the need for a mentoring and coaching style of leadership is greater than ever. With a fiercely competitive world economy, a war of religious extremism being waged that has no physical boundaries, and the imminent threat of fouled water and global warming, our young people will need all the “transforming” and mentoring we can give them.
This book contains examples of the kinds of skillful interpretations and interventions that camp professionals of the next generation need to model, if they want to be transformative leaders. It begins with a discussion of the change in leadership style the author advocates and continues with a unit about the behavioral and social challenges reflected in young people today. The second unit presents social issues that affect older campers and staff, including sexuality, race, and so on. Unit #3 is specifically designed as a resource for staff. It contains critical advice on talking with campers about sensitive issues, how to maintain appropriate boundaries with campers, how to work together as co-counselors, and more. The book continues with a wide range of thoughtful discussions about situations and issues all camp professionals face.
As such, this text is partly a “how-to” book, as well as a reference tool and representation of the kind of thoughtful, measured, and skillful way of thinking and intervening that has come to be known as “being Ditterized.” Many of the chapters have appeared in Camping Magazine over the years; some of them were published previously in the book In the Trenches. Read it on behalf of all of the young people who come to camp hungering for the kind of nurturing, mentoring, and coaching skills that will help shape their futures and their generation.

Leadership and Environmental Stewardship: A Curriculum for Camps and Other Youth Programs

The Summer Camp MBA: 50 Leadership Lessons From Camp to Career-Epub

Becoming a Camp Leader: Making the Transition from Counselor to Camp Leader

Developing a Counselor-in-Training Program for Camps

Leadership Development: By the Experts